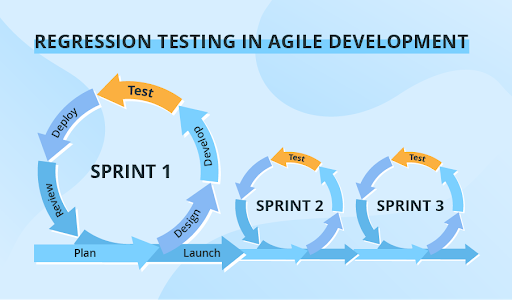 The regression testing that occurs in agile-based software development ensures continuity of business functions despite rapid changes in the software. The Agile context helps the development team focus on developing new features and functionality within the sprint and the overall functionality of the project.

Process of Regression Testing in Agile

As part of integrating regression tests into Agile pipelines, the quality assurance team often focuses on several aspects of the process. It prioritizes tests using a collaborative, risk-based approach. Furthermore, they need to be using a great deal of QA automation to conduct tests at a rapid enough speed to match their Agile timelines so that they operate effectively.

In order to qualify for this category, test cases must be high risk, i.e. they should be front-facing, defect-prone, or integral to the functionality of the software. Exceptional cases can be categorized as medium-risk cases. The low-priority tests cover all other aspects and are usually included in the final regression test before releasing a product of any kind.

The QA team includes every change introduced within a sprint in the development process. The team achieves this by organizing testing based on priority and allowing other team members to suggest corrections as they see fit. Developers provide their opinion on whether recently added features may affect critical functionality, thus ensuring QA scripts and procedures stay on track and are efficient.

During Agile sprints, automation is necessary to speed up the testing process. Make the first step an automated regression test script, then modify it with each new feature. QAs use this strategy to manage incremental changes with every sprint rather than performing the tests themselves. Keep in mind that testers will need to dedicate some time to the early stages of product development – analysing the product flow, the software logic, etc. There are several advantages to using automated regression testing after the software has already been developed to a certain degree and some major changes have already been implemented. A good way to ensure that the results of regression tests are not based on false positives or false negatives is to supplement the regression tests with manual verifications that verify the results.

Do not aim for 100% automation

100% QA automation cannot be achieved no matter how sophisticated the test infrastructure is. At the very least, test scripts have to be written, and the results of the tests need to be verified by human testers. It is realistic for 70 to 90% of tests to be automated in the best-case scenario. A certain number of test cases will result in false positives or negatives and are not suitable for regression testing.

Target the most vulnerable areas in software

The vast majority of developers and testers have sufficient knowledge of their software to pinpoint specific areas/functions/features that changes could affect. The user-facing functions and the backend require extensive testing to ensure that they have properly incorporated all the changes made to the user. The collaborative approach toward regression testing used in Agile development helps with this since it includes developers. A developer can point out which specific parts of the app are the most likely to become unstable with the new code, and the quality assurance department can simplify regression testing accordingly.

A regression test is crucial to the operation of any development framework as it ensures that incremental development will not, at any point, cause the application to fail. Testing needs to be designed and executed to adapt to Agile procedures so that the result is a defect-free, high-quality user experience within a competitive time frame. This is possible by combining Agile methodologies with the safeguarding principles of comprehensive testing. 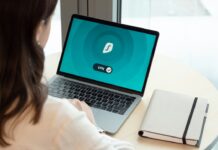 How Does Homomorphic Encryption Work? 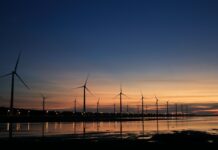 Everything you should know about a deemed energy contract 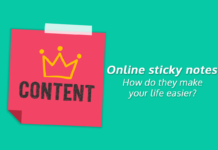 Online sticky notes – How do they make your life easier? 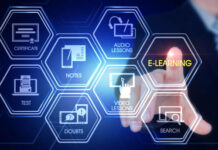 Role of E-Learning in Technological Advancement 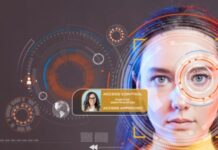