AP Yellow Pages
Home Health DUI For Prescription Drugs Defense, Prescription Medication DUI & DWI
The first thing that comes to mind when we hear about DUI charges is driving under the influence of alcohol or other illegal substances. But did you know? An individual operating a vehicle while under the influence of legally prescribed drugs can also be charged with a DUI. There may be some variation from state to state, but all three of these can get you a DUI charge. There are two types of DUI charges that you should know about.

Driving or operating a vehicle under the influence of a substance or while being intoxicated is illegal. According to law, this statement “under the influence” applies to any type of substance that can lead to impairment in the individual driving the car. And this substance can go beyond alcohol and other illegal drugs. It can be prescribed medication. So if the police officer is suspicious of a driver and thinks that the individual behind the wheel is in an impaired state of mind, they can perform a substance test or a sobriety test. Inadequate results in sobriety tests will be used as evidence for impairment. But if the driver’s blood concentration of the substance comes below the legal limit or the test result is clean, but they still appear impaired, then the officer can still charge them with a DUI.

Impairment is defined as any state of the driver under which they drive unusually and unsafely compared to their normal driving. Several substances can cause impairment in a driver. These substances can also include over-the-counter medicines, and they can also get a driver a DUI charge. The common signs that identify an individual’s impairment include the following: ·         Dizziness ·         Slower reaction time ·         Intense drowsiness ·         Diminished hand-eye coordination So how can you know whether you are impaired or not? You can simply tell by how you feel. If you feel different, you will surely be different behind the wheels. So before taking medications, always read the labels on your medicines that warn users against operating or driving machinery or vehicles. If you heed the labels, you can ensure the safety of others and yourself and avoid receiving a DUI charge.

How will impairment be proven?

Impairment DUI cannot rely on blood concentration testing only. So to prove impairment, a field sobriety test and other signs and symptoms of intoxication are used to measure the impairment. These signs include: ·         Slow and slurred speech ·         Droopy, glazed, and red eyes ·         Unusual behavior ·         Reckless driving ·         Difficulty in recalling details and focusing There is some difference in the level of impairment needed for a DUI charge from one area to another. So somewhere, a driver can get DUI charge for being impaired slightly, while in other places, the driver needs to be impaired to a certain degree to receive a DUI charge. However, no matter the degree to which an individual needs to be impaired to get a DUI, it is accepted everywhere that impairment is driving under the influence, whether it is caused by an illegal substance or a legal one.

What penalties can you get?

There are different penalties that different states impose for a prescription drug DUI. And the amount of penalty also differs depending upon whether it is their first offense or not. Usually, first-time offenses are dealt with more leniently than second-time ones, unless there are no aggravating factors that cause the charge to become a felony.

What are the defenses against DUI?

There are defenses that you can use in case of a DUI. You can challenge a DUI by stating the fact that the arresting police officer did not follow proper protocol when stopping you and conducting an investigation. A police officer should have reasonable doubt and suspicion when pulling you over, and even after that, they can only perform a limited investigation. Their suspicion can be aroused by a driver driving recklessly, weaving, making an illegal turn, drifting, overspeeding, driving too slow, or stopping in the middle of the road. If they did not have any suspicious reason for pulling over, then this is evidence there was no impairment in the driver. Similarly, you have a strong defense if there was no likely cause for arresting you for the DUI. Your DUI attorney can also hold back the field sobriety test results and other such tests that can establish the cause.

What is the defense against prescription medicine DUI?

With regards to prescription drug DUI, there can be two arguable excuses for driving after taking a prescription drug. The first one can be that you mistook the drug for another. This situation is not uncommon since many pills look similar, and people do not read the label before taking the drug. Taking the wrong medicine can then cause unexpected side effects that result in impairment in driving. Your DUI attorney can prove that you took something you were not meant to take and thus discharge your DUI charges. And another plausible excuse can be that another person drugged the individual, and thus they did not expect to be impaired while driving. But for this, you and your attorney will have to find and implicate the person responsible for your impairment. This excuse can be used as an argument and thus help you get yourself free from the DUI charges. Moreover, the prosecutors will find it more challenging to prove drug impairment than alcohol impairment. For alcohol impairment, there is a blood concentration test that offers a way of measuring impairment in order to enforce DUI charges. But for prescription medicine DUI cases, the charges are much more subjective. So the prescription drug DUI attorneys in New Jersey can bring several defenses in favor of their counsel, including depression, illness, mental distress, physical disabilities, drowsiness, or other such factors.

What is limited defense?

You can present your medication prescription as a limited defense to your prescription drug DUI. So if you are charged with this type of DUI, then you need to talk with your DUI attorney to review your options and laws regarding the possibility of limited defense for your charge. If you are allowed to present the limited defense, then you will need to show your valid prescription for the medicine to show that you took it as you were prescribed. This defense will depend upon the instructions of your doctor and the type of medicine it is. For instance, if you were prescribed medicine for sleep, and you took it and consciously got behind the wheel to drive somewhere instead of going to sleep, it will most likely not get you anything if you use it as a limited defense. Most often, prescription medicines have labels that warn consumers regarding their ability to impair the individual’s driving. But with newly manufactured medicines, you can argue that the manufacturer did not know about impairment as its side effect or that there was no warning label on the prescription drug. Advice on how to fight against your DUI charge for prescription drugs is to not do it alone. If you ever find yourself in such a situation, it is highly recommended and a wise step to contact a DUI attorney right away. A skilled and experienced attorney like those at The Law Offices of Jonathan F. Marshall will assist you in every way possible and steer you through the legal system so that you can fight your charges and win the case. You might be wondering what a DUI attorney can do for me? A skilled attorney can do loads of things that you would otherwise struggle to do on your own. In a DUI charge, your freedom is at stake. You could go to jail. You must fight for your freedom, and an attorney will help you do that in many ways. Here are a few things a DUI attorney can do for you.

1) Tell you when to not speak

One of the most important things a good attorney will do is ask you to remain quiet where it is needed. An attorney knows when you should and shouldn’t speak. Everything you say can be used against you, so you have to speak with maximum care and precaution. A good lawyer might advise you not to speak in favor of your own defense which may allow the prosecutors to grill you.

The attorney will represent you in court and talk on your behalf to the judge, prosecutors, and other institutions. This will remove a major burden from your shoulders. Prosecutors can be tough, and only a skilled and experienced person can deal with them properly. Many prosecutors will not speak to a defendant that is representing herself for himself.

3) Knows the courts and the legal system

An experienced attorney will be very much familiar with the courts, judges, juries, rules, and laws. The judge might even know the attorney and be aware of his good reputation. This might affect the outcome of the case and have your sentence reduced. An attorney that knows the courts and the legal system in and out is highly recommended.

4) Help you meet all the legal deadlines

There are many deadlines in a DUI case that might overwhelm you. There are some deadlines that are very crucial, and a good attorney will help you keep on track and meet all your deadlines. For example, if you do not request the police for the dashcam footage on time, key evidence may be lost. There will be many motions you will need to file, and your attorney will make sure you submit all the required documents on time.

5) Get your conviction expunged

No matter what the details of your case are, if you are faced with a DUI due to a prescription drug charge, you need to contact a skilled and experienced attorney. Do not attempt to do it alone. It is your freedom that is at stake, and nothing is greater than freedom. It is highly recommended that you contact an attorney who will not only help you collect evidence, represent you in court, and talk on your behalf but will also provide you with a sense of support and stability. 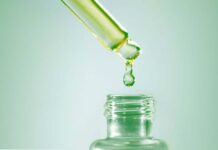 A Guide to Dosing CBD Supplements