Music and arts are a huge part of our lives, whether we realize it or not. Sound and music have long been utilized for a number of cultural purposes, and it’s a form of expression that remains uniquely human. In the modern age, widespread music distribution has made a whole world of culturally significant music available to audiences that may not have had access to it a decade or two ago. This has meant a deeper understanding of and access to information about other cultures. But how, and why, is music such a culturally rich tool to understand others? The answer is more complex than any short write up can provide, but some of these issues can be addressed by observing some simple but shared functions that music plays in different cultures and society at large.

Music has always been a catalyst for community bonding. It’s something that people do together, often for entertainment but sometimes for more ceremonial or official purposes. Music is often used in official events like commencement ceremonies or for religious purposes and has an amazing power to unite a group of people together.

Because of its powerful bonding power, music is also something of a universal language. Sound is a powerful vehicle for emotional expression and it can allow anyone, regardless of the language they speak, to understand or have an emotional experience along with a piece of music. Music allows us to bond over shared experience, both in the music we’re hearing and in the emotions the music is expressing. Music can be a way to give life to emotions that words may not do justice, or express a feeling that may not even be meant for words.

Playing or listening to a performance is, in essence, a form of conversation. From player to player, they are communicating through their facial expression, the sounds of their instruments, and the interlocking layers between each part. When you hear a band play or improvise together, you witness a conversation without words. The presence of an audience adds another layer to the conversation.

Plays a Role in Celebration

Music is an integral part of celebration in culture across the board. In America, music is featured at celebrations such as weddings, graduations, holidays, sports games, and public gatherings. Music is a powerful celebration tool because it bonds people together over a shared experience and can actually boost endorphins. This helps people get excited for whatever they are there to take part in and connect a group of people over a common interest. And people all over the world go to concerts to celebrate music just on its own!

Each new generation has tended to define themselves by the music that came out of their time, or was popular at the time. This has allowed younger generations with more influential power and access to music to create all kinds of unique blends of genre, style, and taste.

For this reason, music is also history. We can look back on popular music styles, lyrics, and influences to gain clues about what might have been going on in a particular part of the world. We can see this clearly with the music of the 60’s and 70’s. So much of this music was about breaking through the mold and doing things differently than the more stringent themes of the 40’s and 50’s.

Music became experimental, a protest against the status quo. This is evident in both the lyrics and sonic elements featured in the music from this time. In the decades that followed, the ideas from those decades became cemented as the norm, leaving the next generation to find their way out of the traditional box. And so it will go for each coming generation to define their own rebellion in sound.

The ways in which music and culture work together are endless. Music touches almost every corner of our society. From entertainment to ceremony, music and art helps us feel connected to the world around us and to the people around us. Without it, we would likely live much more boring lives. Music and art are things that make us very uniquely human, and help us share a common language of expression. Music can also give us a window in history, politics, and societal norms by observing what people were listening and what was popular at the time. 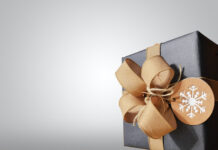 10 Tips/Ideas for Naming Your Bar and Making it Memorable